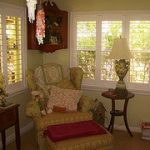 The right type of interior shutters in Leigh can be a great finishing touch.Contrary to windows, shutters have been most in use as they were used to cover any type of opening in the wall. Gradually, when windows became more in use, the designs and styles of shutters started changing but the function remained more or less the same; to protect against the weather, animals and other intruders. However today, shutters are mostly used to protect expensive glasses and windows, and making the use of shutters more ornamental and decorative than functional even though it is still used to protect against the sun.

In Leigh, interior shutters come in such a wide variety you might find it confusing zeroing in on the right type of shutters for the house. Which one do you go for? Classical types of shutters, wooden ones, Californian type of shutters or plantation types? For those who don’t know much about shutters, they might end up making the wrong choice. This might reflect poorly on the value of the house and might hurt its appeal, especially if you are planning to sell the house in the future. For clients who are looking for advice and assistance when purchasing shutters, Bolton Sunblind Centre is a good place to find useful and reliable advice. When a client needed assistance when purchasing shutters, she was pleased to find that the company was willing to send their expert to see the windows on which the shutters would be placed. She received useful advice not just on the design, but also on recommended materials for various windows. They can also provide custom-made shutters for any type and shape of windows.

During winter, interior shutters in Leigh will provide you with insulation, keeping the warmth in and blocking  the cold out, and during summers, you can open them up and let in fresh air. One of the great perks of choosing shutters is that they are quiet, that is, they do not flap when they are opened since they can be controlled. For more details about high-quality shutters, contact Bolton Sunblind Centre.